Excitement is building for the MCAS Miramar Air Show this weekend near San Diego, and two items have come to light as to why this year’s show will be extra special.

F-35B JSF Demonstration
The F-35 Joint Strike Fighter, also named the Lightning II, will perform at the show today, Saturday, and Sunday. This will be the Miramar debut of the Marine Corps version of the US military’s latest aircraft. The Marine version, designated F-35B, is the only of the three F-35 models able to take off and land vertically. The F-35A will be delivered to the US Air Force and the larger F-35C will see service with the US Navy. The demonstration will be performed by VMFA-121, based at MCAS Yuma in Arizona. 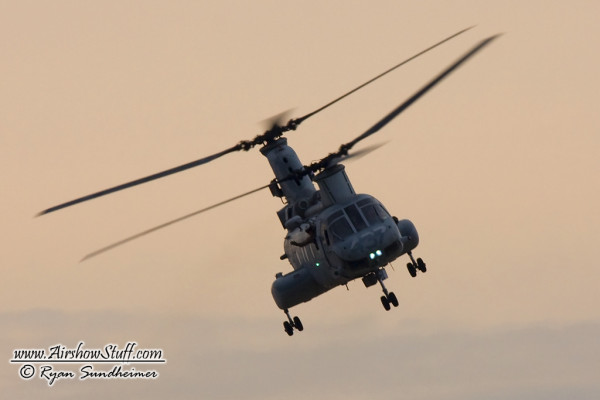 CH-46 Sea Knight’s Curtain Call
As the F-35 makes its first few performances, the CH-46 Sea Knight helicopter will be performing its last. As detailed on AirWingMedia.com, this weekend’s show will be the final air show performance for this workhorse chopper. The CH-46 is being phased out and replaced by the MV-22 Osprey tilt-rotor aircraft after more than 50 years of service.

With so much history taking place this weekend, be sure your camera batteries are charged if you’re heading to the show. You won’t want to miss it! As always, we love to see fan shots posted to our Facebook page as well!