Home » Military » US Navy and Marine Tactical Demos Are Back for 2015! 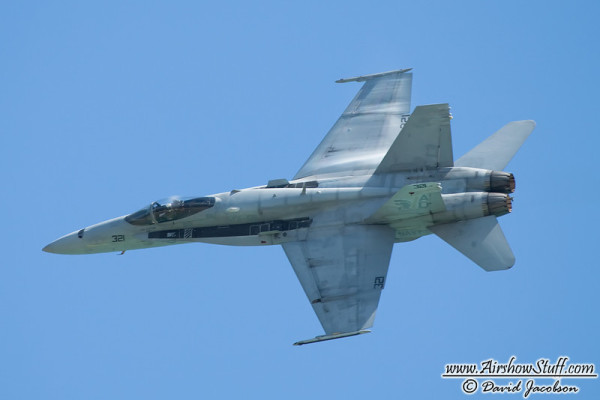 The US Navy and Marine Corps will both participate in aerial demonstrations during the 2015 season, per the Navy/Marine Forum at the International Council of Airshows Convention. The US Navy will support a full Blue Angels and Leap Frogs schedule and 20 Hornet tactical demos.

Ten of these tactical hornet demos will be performed by VFA-106 (C and F models) from NAS Oceana in Virginia Beach, VA. The other ten will be performed by VFA-122 (E Model), based at NAS Lemoore in Lemoore, CA. The teams will also participate in the Legacy Flight program and act as a static display for the shows they perform at. Expect a schedule in early 2015 and for most, if not all of the shows to be civilian shows. Ten additional shows outside of where the demo teams perform at should also get Navy static support.

The Marines will support eight Harrier demos and eight Osprey demos at civilian shows. Military bases with Marine aircraft based there may also support additional performances. Flyovers and static displays will be available. Please note that Marine Corps brass still has to approve this level of support though, and it is subject to change.

We want to know! What are your thoughts? Are you happy with the level of Navy and Marine support in 2015? Post a comment on the blog or let us know on your Facebook page.