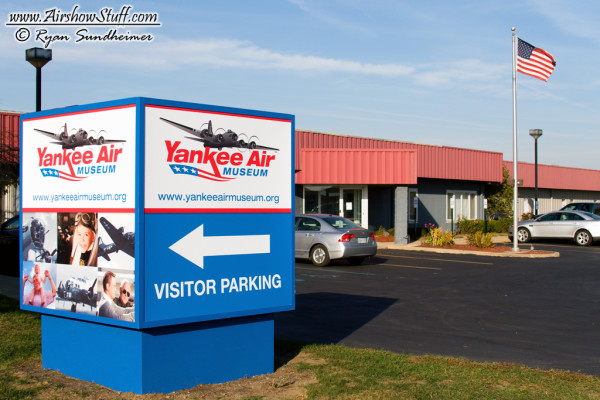 Exciting changes are in store for the Yankee Air Museum near Detroit! After a long campaign to “Save the Bomber Plant”, YAM has finalized the purchase of a portion of the former Willow Run Bomber Plant to act as the museum’s new home. The plant was used by Ford to produce thousands of B-24 Liberator bombers during World War II, and was later converted into an auto plant for General Motors. The museum has always triumphed the historical nature of the plant, and when it was condemned to demolition they saw an opportunity to preserve at least a portion of it while also securing the museum’s future accomodations. At the same time, the museum announced that it will no longer be known as Yankee Air Museum and will instead be called the National Museum of Aviation and Technology at Historic Willow Run. The identity changeover will occur once the museum moves into the new space, expected to happen a few years from now.

The new location, an 18-acre parcel located on the West side of the Willow Run Airport, will bring some incredible new opportunities to the museum. All of the aircraft that currently reside in the outdoor static display park on the opposite side of the airport will be moved indoors, including the gigantic B-52 Stratofortress bomber. This decision is very encouraging, especially as some other museums around the country are opting to destroy their outdoor exhibit aircraft once they fall into disrepair rather than invest in preserving them.

The mission of the museum will be updated to become a bit more defined, yet broader at the same time. The core mission will remain one of honoring veterans and preserving vintage military aircraft, but the evolution of aviation technology will also be put on display through the exhibits. One unique point of emphasis for the new museum will be explaining Detroit’s role in supporting the war efforts of WWII and other conflicts. “More and more, we’re becoming an educational institution,” says Kevin Walsh, the museum’s Executive Director, “but for the aviation lovers, we’re not going anywhere.”

The money raised so far will cover not only the actual purchase of the building, but also required improvements to the structure and the outfitting of utilities. The museum won’t be able to move in, however, until additional money is raised to pay for finishing the interior. A new concrete floor will need to be put down, offices and classrooms will need to be created, and exhibits will need to be built and installed. 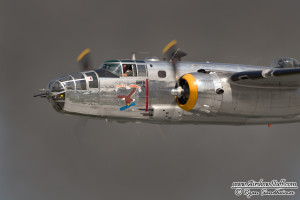 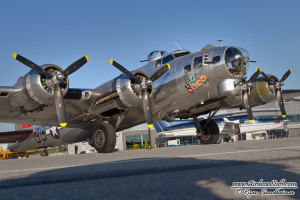 One thing the museum is not looking to put into the plant currently is support for their “flyables”, the B-17, B-25, and C-47 aircraft that are the crown jewels of the museum. These aircraft will continue to be housed in a hangar leased from the airport, as they have been since the museum’s original hangar burned to the ground in 2004. This arrangement will prevent the museum from having to install $2.5 million worth of infrastructure, such as a foam fire suppression system and fire wall, into the bomber plant building. Luckily, the museum has been given permission to build a connecting tunnel between the bomber plant and the nearby county hangar to allow visitors to see the flyable aircraft. Contingency plans are also being factored into the bomber plant renovation so that it can be upgraded to house flying aircraft should the need arise in the future.

As the final move in date nears, the museum will sell off its current home, a building purchased to act as the museum’s headquarters after the 2004 hangar fire. The Robertson Education Center, a 1938 school house that was relocated to be near the headqaurters building, will be moved again and placed inside the new hangar where it can be protected from the elements. Along with the removal of the static aircraft park, this will eliminate the museum’s presence on the Eastern half of the airport. 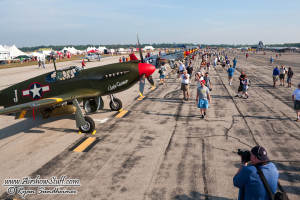 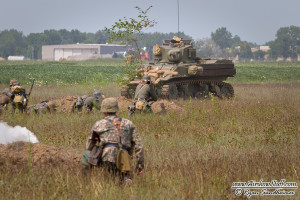 The museum’s popular Thunder Over Michigan airshow, however, will retain its traditional layout on the East ramp rather than being held on the much busier and logistically challenging West ramp adjacent to the new museum. Although the prospect of having the sun in your face all afternoon is a frustrating one for photographers, this ensures that the unique WWII battle reenactments will be able to take place during the airshow.

If you would like to help the Yankee Air Museum/National Museum of Aviation and Technology in this fantastic endeavor, you can donate directly at SaveTheBomberPlant.org.

Be sure to check out our photos from this year’s Thunder Over Michigan airshow in our photo gallery!