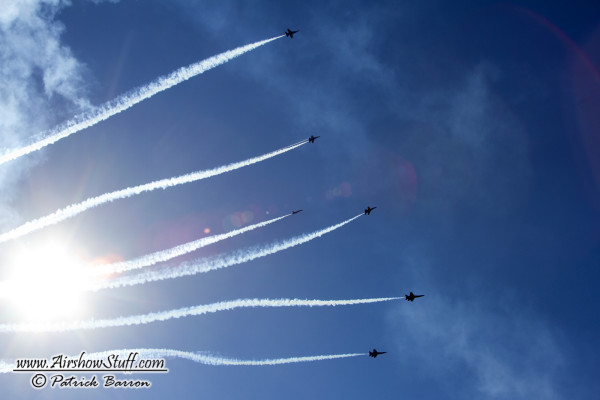 Women in Aviation
The theme of the Selfridge airshow this year was “Women in Aviation”, and the show featured Patty Wagstaff, Jacquie Warda, Melissa Pemberton, Julie Clark, Suzanne Oliver, and the Misty Blues (the only all-women’s skydiving team in the country). Also on the show grounds were the Ladies for Liberty World War II singing troupe and Rosie the Riveters from the Yankee Air Museum’s Save the Bomber Plant campaign. The show heralded this as one of the biggest gathering of women aerobatic pilots in the country. From the Misty Blues’ pink and blue banners to Julie Clark’s synchronized aerobatics and fireworks display, the female aviators offered a very diverse display of aviation. 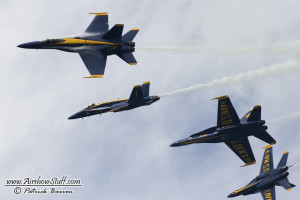 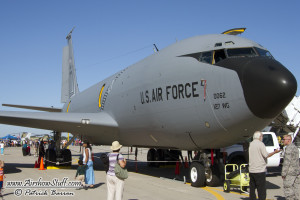 Military Participation!
The Selfridge Air National Guard base is home to the 107th Fighter Squadron (A-10 Thunderbolt II “Warthogs”) and the 171st Air Refueling Squadron (KC-135 Stratotankers) and both units put on a flight demonstration for their home show. While not a mmax performance tactical demo, a flight of four A-10s did formation passes and pattern work, while the KC-135 did several passes as well. This was a welcome sight for aviation fans who may not have seen either of these types in flight since 2012.

The display area featured four Warthogs for spectators to walk up to; one was roped off to showcase the numerous bombs and munitions (all were inert training rounds) that the A-10 is capable of carrying. A TC-135 (a trainer version of the KC-135, painted white and gray) was open for spectators to walk through. Static displays on a whole were slightly lesser compared to previous Selfridge airshows, but still raised the bar by the 2014 season standards; military aircraft on display included a C-17 Globemaster III, F-16 Fighting Falcon, CH-47 Chinook, HH-65 Dolphin, KC-135 Stratotanker, T-38 Talon, and Customs and Border Patrol H-60 Black Hawk helicopter. 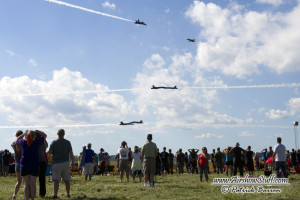 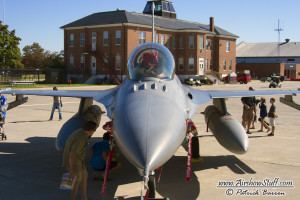 Grounded Warbirds
In previous years, Selfridge featured MiG-17, F-86, B-17, B-25, C-47, P-51, F4U, T-6, and BT-13 flights. This year, the only warbirds flying were the MiG-17 and Julie Clark’s T-34. Plenty of warbirds were on display – Yankee Air Museum’s B-25, B-17, and C-47, a T-28, the Tuskegee Airmen T-6, the World Heritage Air Museum Super Pinto, an L-39, and an L-29 – but none of them flew except for their departure Sunday afternoon (which many people waiting in their cars got to witness). With so much focus on aerobatics this year, it almost felt like there simply wasn’t enough time to fit in warbird flights, a staple that should be an important part of every airshow. With the theme of “Women in Aviation”, flying the Yankee Air Museum’s bombers would have certainly been a nice tie in with Rosie the Riveter and the “Save the Bomber Plant” campaign as well. 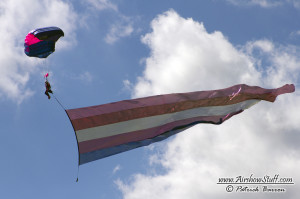 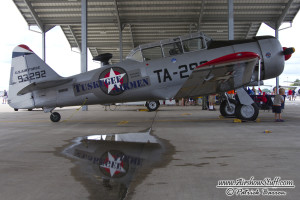 Homecoming for Blue Angel #1
Commander Thomas Frosch, Blue Angel #1, is a native of Clinton Township, Michigan, a 15 minute drive from the Selfridge National Guard Base. Frosch graduated from Fraser High School in Fraser, MI. As part of their visit, the Blue Angels did a fly-over of Spartan Stadium in East Lansing, MI on the campus of Michigan State University. Selfridge was the second visit to Michigan for the 2014 Blue Angels airshow season and this is the Blue Angels’s first appearance at Selfridge since 2005. 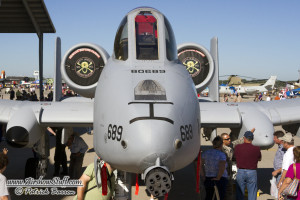 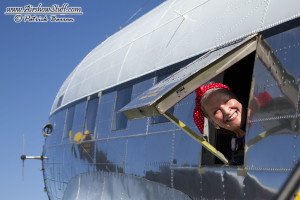 Air National Guard Base Logistics
I often have a love-hate relationship with base shows. On the one hand, they are free (or rather, pre-paid through tax dollars) and offer a unique and eclectic view of military aircraft, which have been rare sights in the last two years. On the other hand, they can be difficult logistically. A single file line of cars was the way in and the way out, leaving long waits and anxious fans trying to make it home. Because it is a military base, everyone entering must be searched and guidelines on what you can and cannot bring in are stricter than civilian shows (most large bags and umbrellas were turned away at the gate).

This is not the fault of the show organizers. It’s just the way military base shows work and operate. One should not forget that it is still an active base with active drills being performed. The A-10s doing a fly-by are, in actuality, on a mission. It would be nice if moving in and out of the show was easier, sure. But safety and order are priority one at a venue such as this.