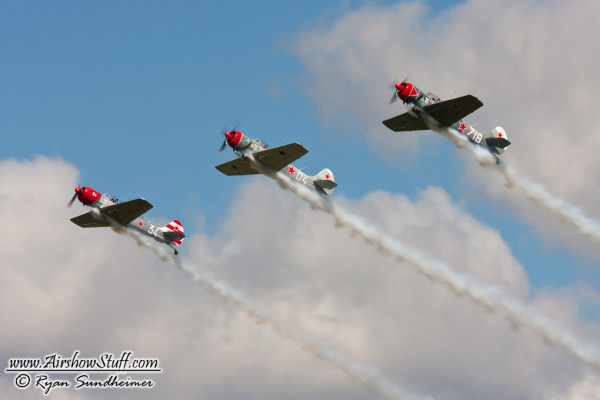 As everyone eagerly awaits the Tuesday release of the jet team schedules at the ICAS convention (find them here on AirshowStuff first!), some Midwestern airshow dates have been made public thanks to the Aerostars Aerobatic Team. In a post to the team’s Facebook page, the team announced their current 2015 schedule. More shows will likely be added at and after the convention.

One notable item on the schedule is the two days listed for the Wings Over Waukegan Airshow, as it has historically been a Saturday only event. It may be a mistake, or it may be that the event is expanding this year to include Sunday as well. It is rumored that the Canadian Forces Snowbirds are looking to return to the show after performing there in 2012.

Stay tuned for more airshow news coming out of ICAS!