On November 14, 2014, four F-22 Raptors from Langley Air Force Base flew into Austin Straubel International Airport for the flyover of the Green Bay Packers versus the Philadelphia Eagles that following Sunday. With the restrictions on military flyovers being somewhat lifted, military aircraft have been flying over stadiums more frequently in the past few weeks. On the Sunday afternoon, approximately two hours before kickoff, business jets from around the country were flying into Green Bay carrying VIPs anxious to watch the football game. The ramp was full of parked King Airs and Gulfstreams, but four imposing F-22s sat front and center in a coned off section of ramp. 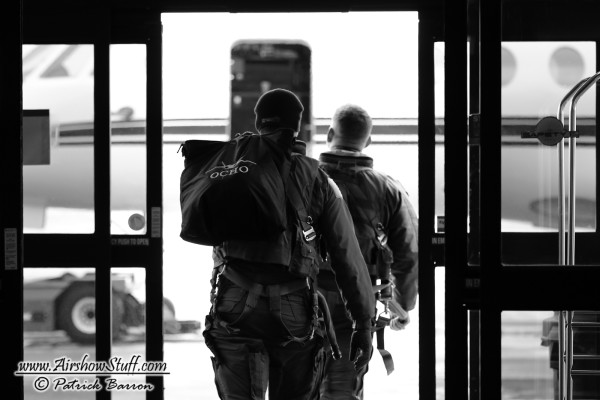 While arriving guests checked in at the front desk of the FBO, the two flyover Raptor pilots geared up on a couch in the lounge. Ground crew also walked in and out, grabbed gear from a pile of rucksacks in the corner of the room. Many visiting pilots stopped to chat about the jets. About an hour before kickoff, the pilots and crew gathered at their jets. The famous Green Bay weather was brisk, with a strong wind making it feel even colder. One of the jets howled to life quickly, but the other coughed and sputtered and refused to get going. Luckily the pilot was able to slide into one of the other jets and start it up. 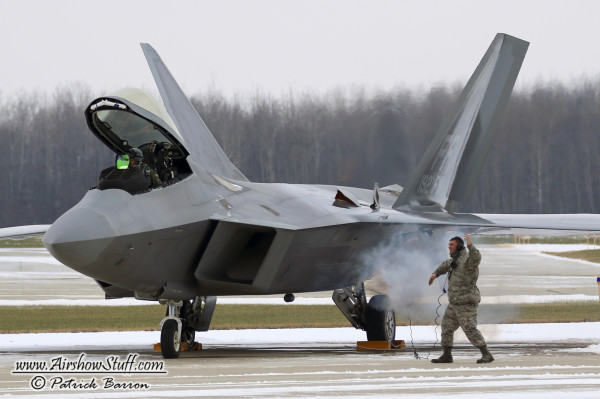 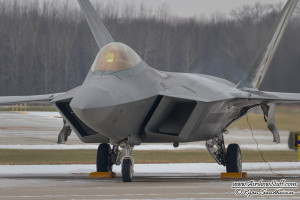 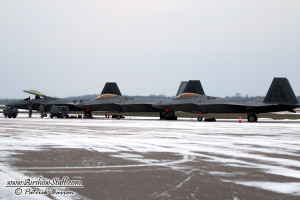 Once they warmed up, they taxied out, gave the onlookers a wave, and proceeded to the runway. With a deafening full afterburner takeoff, they were airborne very quickly. Feeling the power of an F-22 Raptor taking off is an absolute treat. 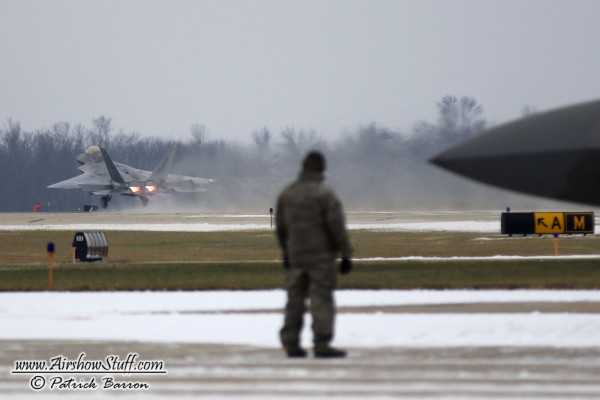 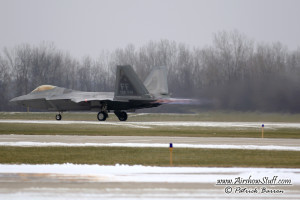 The stadium is only a few miles from the airport, and while we were able to see fireworks for the national anthem we didn’t see the jets go over. Low overcast may have prevented the flyover from happening, but they soon returned with a break to land over the airport and landed. The pilots got out, gave each other a high five, returned to the lobby, and grabbed a ride to the stadium. After all, even the pilots want to see the Packers! 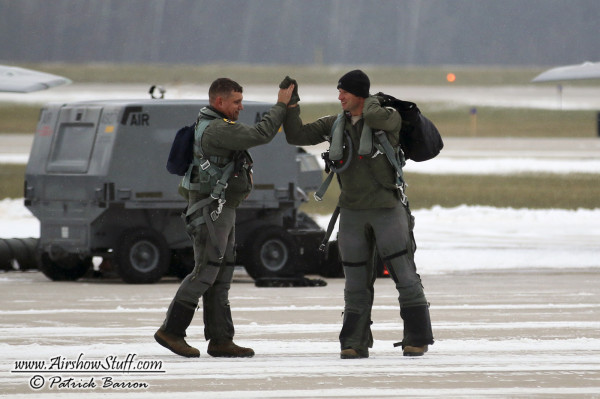