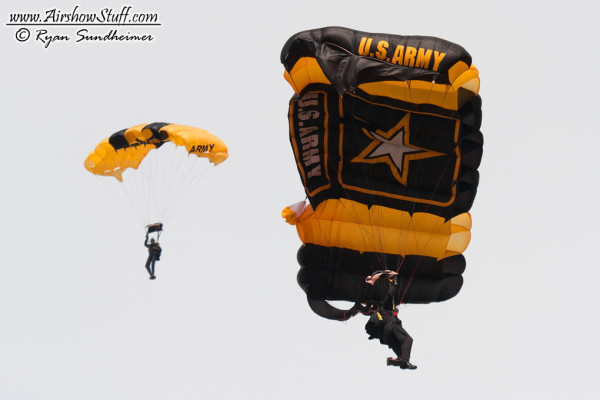 Here is the 2015 airshow schedule for the United States Army Golden Knights! Remember that there are two teams for the Golden Knights, some some dates list two shows. It is not clear at this time which team is performing where but we will add that info once we have it.