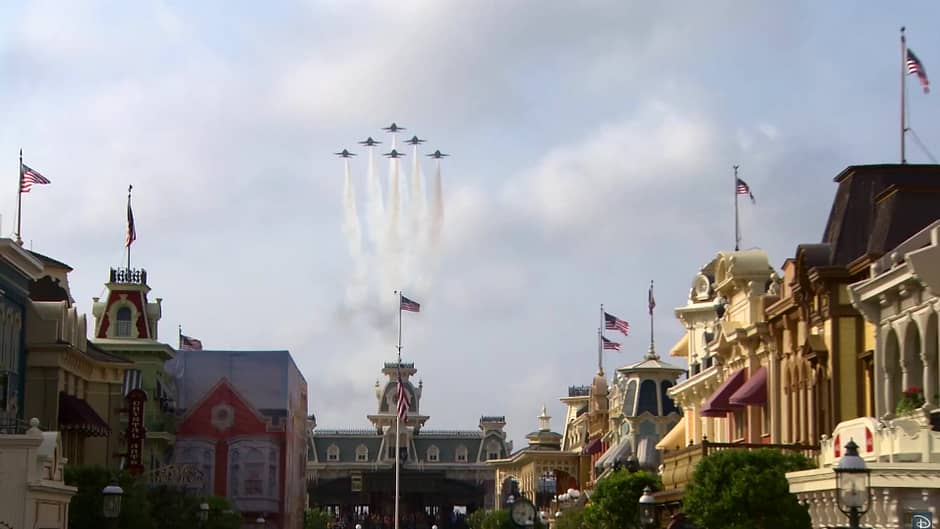 Visitors to Disney World’s Magic Kingdom were treated to a special appearance by the US Navy Blue Angels today. The team stopped by the park while transiting between NAS Pensacola and Melbourne, FL, where they will be performing this weekend. The signature six-ship delta formation flew over the park and down Main Street USA before performing the “Delta Breakout” maneuver right over the famous Cinderella Castle for a truly magnificent photo op. By all accounts, the crowd gathered in the park loved it!

Check it out for yourself in this video from Disney: