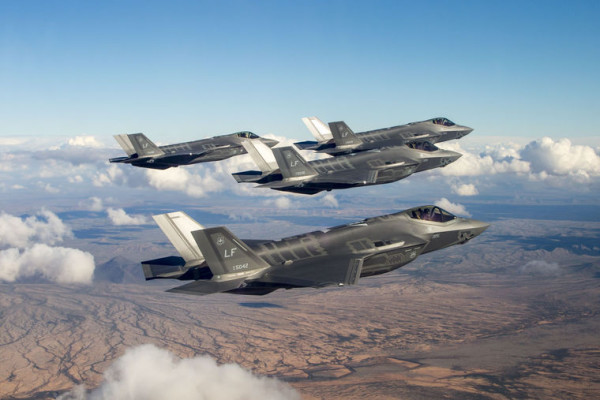 Football fans and airshow fans will both want to tune in over the next two weekends to catch some great games and great flyovers! Luke AFB, located in Glendale, AZ announced Tuesday that four F-35s from the 61st Fighter Squadron will perform the flyover for the Pro Bowl at University of Phoenix Stadium, scheduled to be shown on ESPN this Sunday, January 25th. This will be the first ever public flyover by the F-35.

In addition to the flyover, a joint honor guard from Luke AFB will present the colors and servicemembers from across Arizona will be at the stadium.

One week later on February 1st, make sure to tune into NBC as the USAF Thunderbirds flyover Super Bowl XLIX during the pregame activities!