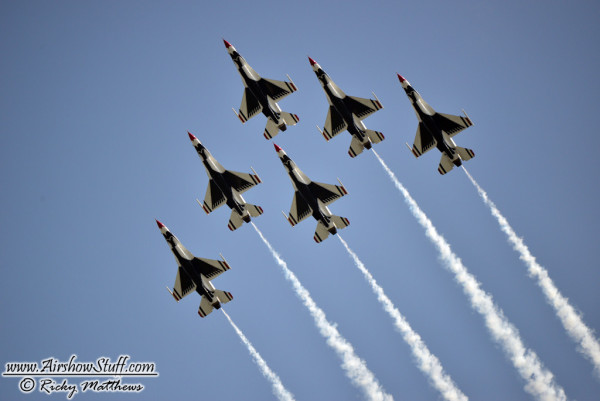 Airshow fans! Tune into NBC Sunday at 6pm to see the USAF Thunderbirds flyover the Super Bowl! Six red, white, and blue F-16 Fighting Falcons from the USAF’s aerial demonstration squadron will flyover around 6pm Eastern time at the end of the National Anthem to showcase the pride and professionalism of the United States Air Force. The flyover should be televised live on NBC.

Following the Super Bowl flyover, the Thunderbirds will perform 71 demonstrations at 39 locations this season. 2015 is the team’s 62nd season.

The Thunderbirds won’t be the only aerial assets in the air during the Super Bowl. F-16s from the Arizona Air National Guard’s 162nd Wing in Tucson will be enforcing the Temporary Flight Restriction (TFR) in effect over the stadium and Blackhawk helicopters from US Customs and Border Protection will also be on site.