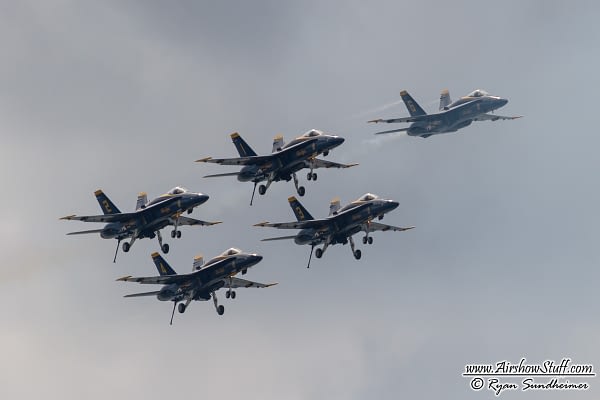 The Milwaukee Air & Water Show will not take place in 2016, according to an announcement made today. Organizers are ‘postponing’ the show until 2017, when the US Navy Blue Angels are scheduled to appear at the event. At one point the show was going to feature the Blue Angels this year, but after some schedule shuffling they committed to the nearby Gary Airshow instead, which is run by the same organizer as Milwaukee (as well as Chicago and Rockford). The move was almost certainly an attempt to consolidate resources behind one show instead of struggling to fund both. Indeed, the organization notes that skipping 2016 will allow a greater focus on attracting sponsors for the 2017 show. The event relies heavily on sponsors as it is free to attend.

The airshow does not appear to have booked any other acts, so the schedule impact elsewhere should be minimal.