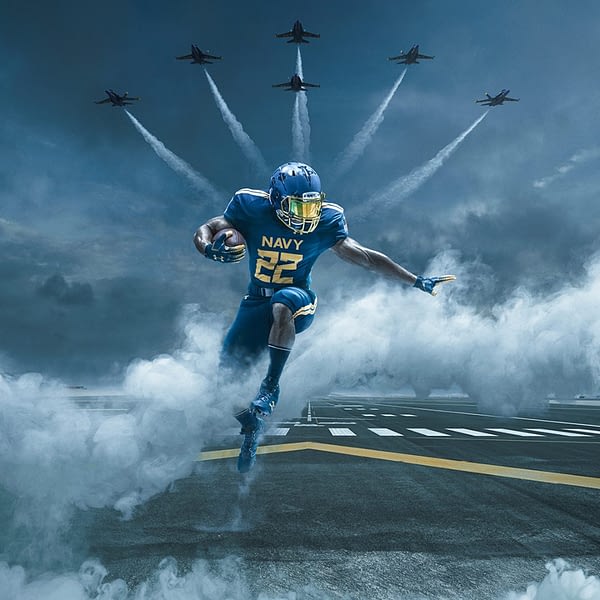 Each year, the Naval Academy brings out the best uniforms for their game versus Army. This year is no different, as the Midshipmen will head onto the field in these amazing Blue Angels-inspired uniforms to face off against the Army Black Knights.

The uniforms are designed as a tribute to the US Navy’s flight demonstration squadron. The uniform will bear a Blue Angels patch on the right sleeve, and the United States Flag on the left sleeve, just like actual Blue Angel uniforms. The helmets will also feature the famous blue and gold F/A-18 Hornets that the Blue Angels fly.

“This tribute to the Blue Angels reflects the enthusiastic pride and appreciation we have for the Navy’s premier flying team and the motivation they convey to Navy football and the fleet at large,” Navy Athletic Director Chet Gladchuk said. “The masterminds at Under Armour are always thinking of ways to inspire our troops while still reflecting a deep appreciation for a Naval history that is so ingrained in our game day traditions. Annually, a special Navy uniform has become a statement in this game and brings with it appreciated meaning and a clear message that we are all in.”