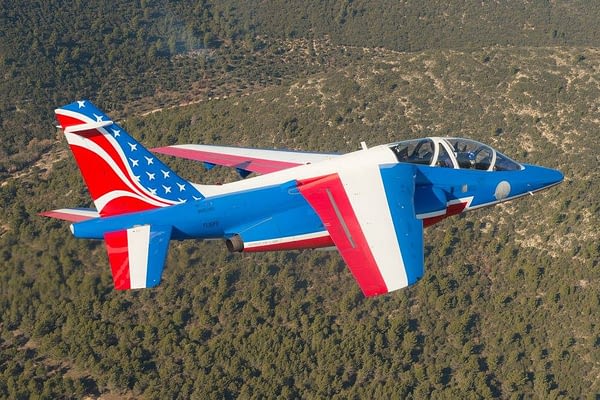 The Patrouille de France, France’s aerobatic jet team has released pictures of a new tail paint on their Alpha Jets for the 2017 show season.

The pictures, taken during training flights during the winter season, debut a new tail display that differs from the traditional red, white and blue striped tail. The 2017 tail features a wave pattern of red, white, and blue as well as several stars.

Want to see the paint for yourself? If you live in the United States, you have a rare chance to catch the team in action this year in the U.S. The team will perform at the Melbourne Airshow, Sun ‘n Fun, and Maxwell AFB. If you live in Canada, you can see the team when they perform at the Wings over Gatineau Airshow in Quebec in late April.