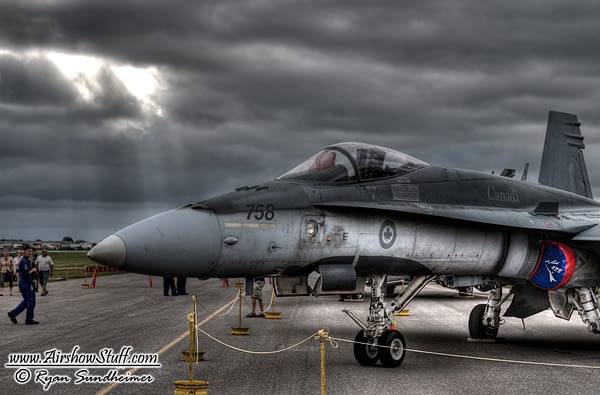 Quinte International Airshow, a biennial event held at Canadian Forces Base (CFB) Trenton in Ontario, has been cancelled for 2018. The last show, which was hailed as a success, was held in 2016.

The Quinte International Airshow is hosted by 8 Wing Trenton and they are citing operational commitments as the reason for the cancellation of the 2018 airshow. 8 Wing operates several aircraft types from the CC-130 Hercules to the CC-144 Challenger, which is primarily used for VIP transport. The wing delivers humanitarian aid internationally and supports Canadian and Allied operations around the world.

It has been a busy time for the base this year, with operations assisting with the forest fires in British Columbia as well as assisting with the recent hurricanes in the Gulf and Caribbean. With those operational priorities in focus, the base made the difficult decision to call off the show for next year.

While the show is cancelled for 2018, 8 Wing Trenton is looking to work with community partners to potentially bring the Quinte International Air Show back again in the future.

Here is the full statement from 8 Wing Commander Colonel Mark Goulden on the airshow’s Facebook page:

Operations at 8 Wing Trenton is our priority, whether it be helping Canadians during disasters such as the British Columbia wildfires, delivering humanitarian aid internationally, or supplying Canadian Armed Forces missions around the world. It is with these operational commitments in mind that 8 Wing Trenton has made the difficult decision to cancel the 2018 Quinte International Air Show.

Potential for the future

While it is impossible to predict our operational tempo at 8 Wing for the future, 8 Wing Trenton will be looking to work with community partners to explore the possibility of bringing the Quinte International Air Show back in the future.

8 Wing Trenton is thankful for the tremendous support given to the Quinte International Air Show by sponsors and spectators. The support by our surrounding community is unparalled and that support allows us to execute the missions we are asked to do every day.