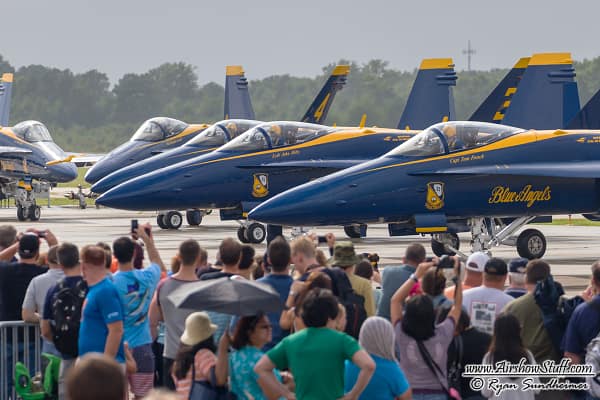 Schedules often change during the year – for the latest updates please be sure to check our forums!

Want to look a little further ahead? We also have a copy of the preliminary 2019 US Navy Blue Angels schedule!