The F-4 Phantom is now gone from the active United States Air Force inventory, but you can still see the Phabulous Phantom in this great video from the AirshowStuff.com team. Retired in December of 2016, the F-4 Phantom made its final rounds of the airshow circuit that year as a Pharewell to a much-beloved aircraft. Watch as Lt. Col. Ron “Elvis” King and Lt. Col (Ret.) Jim “WAM” Harkins show the crowd at AirVenture 2016 that the Phantom still has the moves.

You can almost feel the thunder in your chest from the J-79 jet engines as the two pilots roar past on takeoff. See the characteristic smoke trails that gave the Phantom one of it’s many nicknames of “Old Smokey”. You’ll see smoke, the flames from the afterburners, and hear that incredible roar as these legends of airpower fly overhead. This video will thrill any Phantom Phanatic and remind you of how Phantastic the F-4 Phantom truly was.

Built by McDonnell Douglas, the Phantoms served the US Air Force, US Navy, and US Marines from the 1950’s all the way into the 2000’s with many different variants. The F-4 Phantom was a formidable fighter/bomber and even a very capable reconnaissance platform that served from land-based airfields as well as aircraft carriers, and served in nearly every conflict from Vietnam to Desert Storm. Select full screen and turn up the volume to experience this awesome piece of history in full HD! 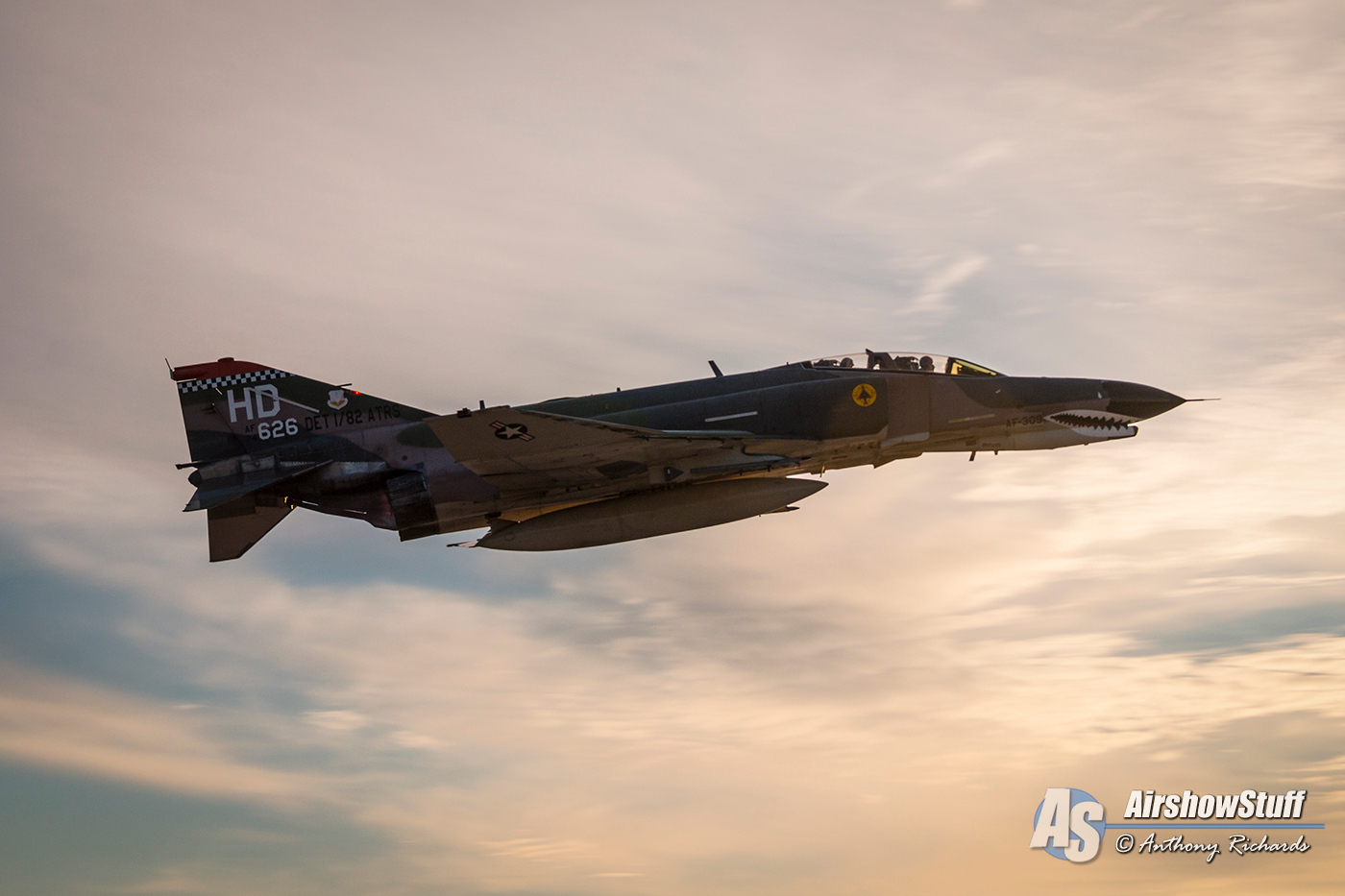