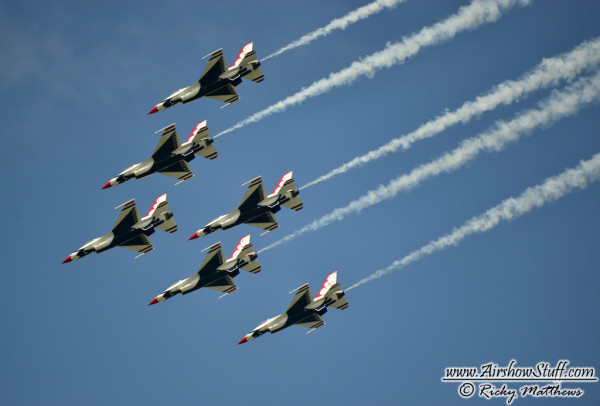 There will be no 2015 airshow at Offutt AFB due to funding issues. Base officials announced the cancelation recently, telling WOWT that the 55th Wing has withdrawn a request to host the event after learning that funding has been approved for runway repairs. The work is in front of hangars which typically house airshow performer’s aircraft, so base officials felt the show and construction could not go on at the same time. The work is expected to last until September or October.

The decision was made in late 2014, but not announced until recently. Base spokesperson Ryan Hansen said that “if not for the unexpected funding, base officials did expect approval to host the air show.”

The 2015 show was expected to include the USAF Thunderbirds. No word on what show, if any, will take Offutts place in their schedule.