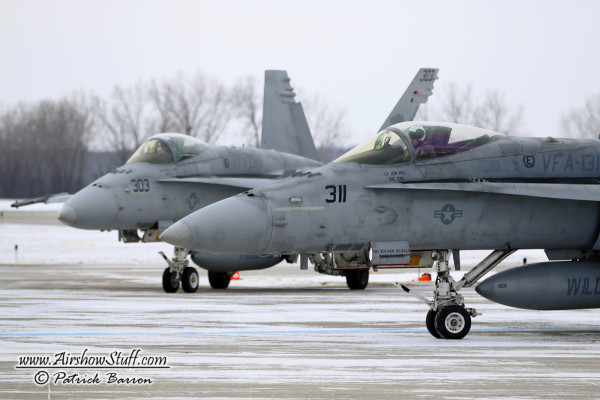 Back in December, we brought you some coverage of four F-22 Raptors that visited Green Bay, WI to perform the flyover for the Green Bay Packers. On the weekend of January 11th, Green Bay’s Austin Straubel International Airport hosted more military jets, this time a pair of F-18 Hornets from VFA-131 “Wildcats” at NAS Oceana. Like the Raptors, the Hornets were in town to perform a flyover for the Packers as they hosted a playoff game against the Dallas Cowboys. In the week before the game, Green Bay’s WBAY profiled one of the pilots, a Green Bay native and Packers fan who previously lived one mile from Lambeau Field. What a homecoming!

Check out our photos and videos of the Hornets with an extra bonus at the bottom: 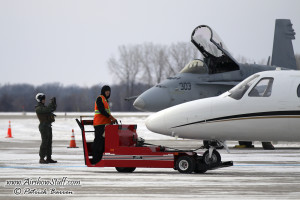 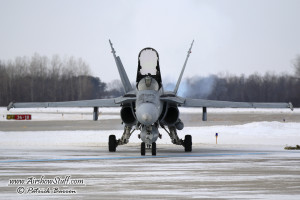 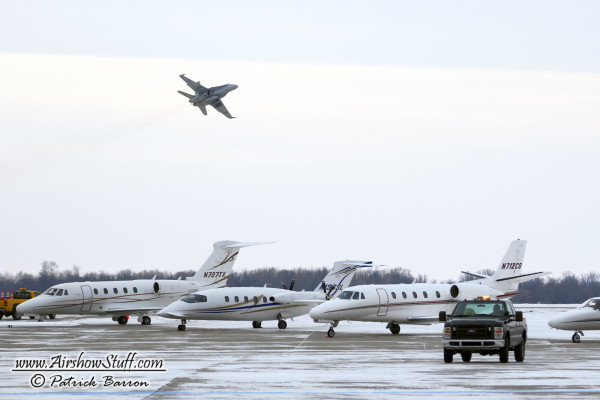 As a special bonus, we went for a flight around the area after the Hornets landed. Ordinarily airspace near stadiums is restricted during games, but since Lambeau Field is so close to an approach path to the airport landing aircraft can get fairly close to it even during the game. This is a view similar to what the pilots would have had as they approached for the flyover! 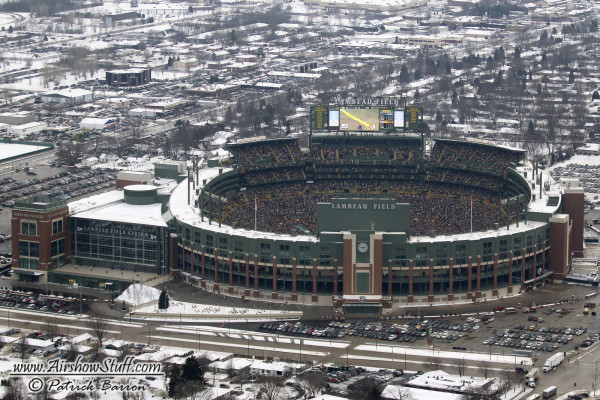