Home » AirshowStuff » WATCH: The Mighty B-52 Stratofortress Takes Off Right Over Your Head

The BUFF Is The Stuff!

It’s hard to beat the sight of a B-52 coming at you. One of the most iconic symbols of American air power, the Boeing B-52 Stratofortress has been flying since the 1950’s, and is scheduled to remain in service for at least another 15 years. The crew at AirshowStuff.com love the mighty BUFF (Big Ugly Fat….Fellow), and here’s your chance to see this awesome piece of history up close in a unique end-of-runway view. In 2015, the B-52 made it’s first-ever appearance at the famed EAA AirVenture airshow in Oshkosh, WI.

Watch as the Stratofortress spools up its eight Pratt and Whitney TF-33 engines and rolls down the runway right at you! You get a head-on view as the B-52 lifts off and screams overhead. You’ll see this legend of the cold war’s unique landing gear retraction sequence, followed by an overhead pass with the scream of the engines so loud, you’ll almost feel the ground shaking below you! As the BUFF comes around for a final pass, you’ll see the smoke from the engines, the twinkle of the landing lights, and the sheer size of this massive warrior as it approaches. You’ll even get a “goodbye” wave from the crew as it passes down the runway toward you before departing. So set your video player to full screen, turn up the speakers, and enjoy every second of this awesome video in full HD, because you have one of the best seats in the house!

Be sure to browse the AirshowStuffVideos channel on YouTube for more great videos. 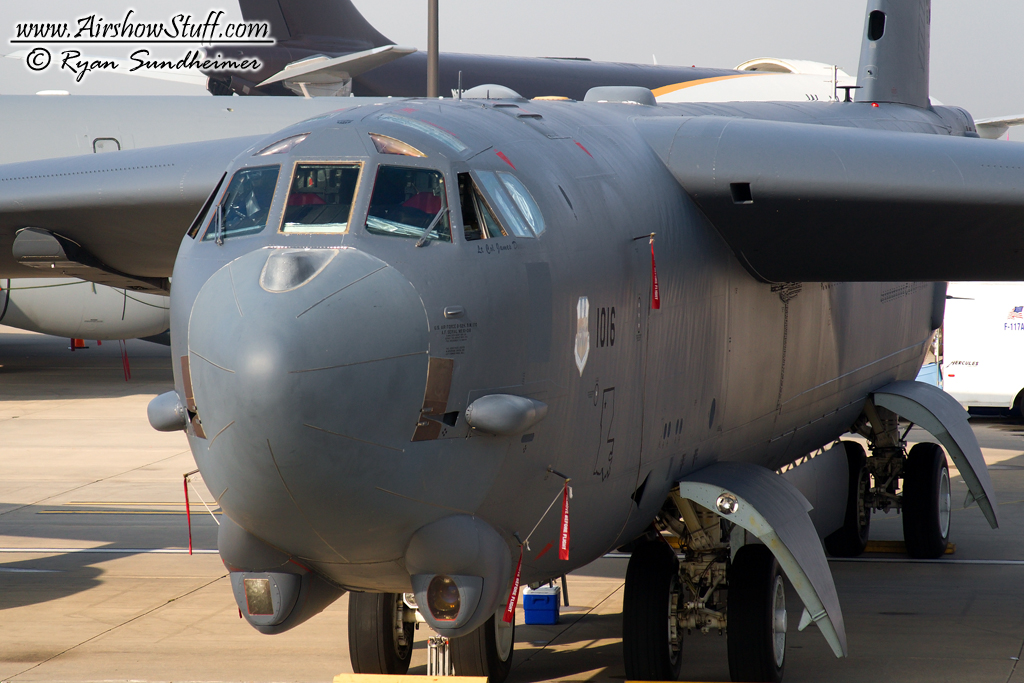 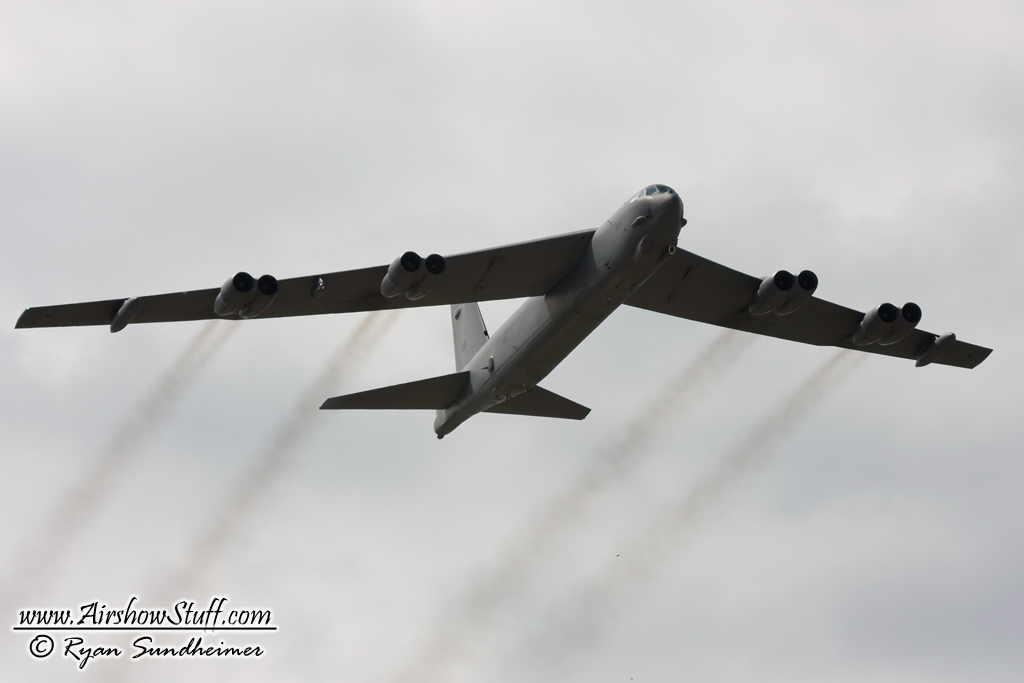