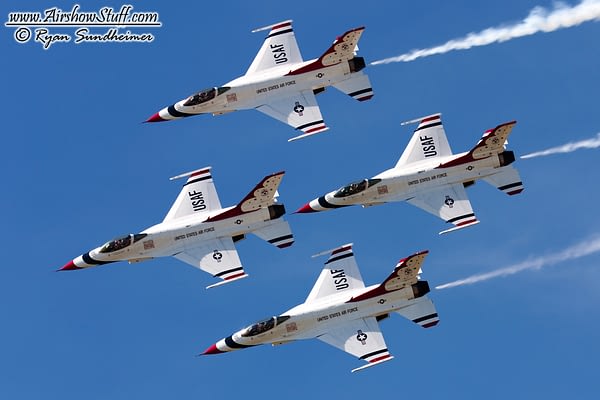 The Thunderbirds are back! In a video posted by the team, Thunderbird #1 Lt. Col. Kevin Walsh announced that the team has been authorized to perform at the AirPower Over Hampton Roads airshow at Langley AFB this coming weekend. This will mark their first public performance following the fatal crash of Thunderbird #4, Major Stephen “Cajun” Del Bagno, in April.

Several airshow appearances were canceled in the wake of the crash, as the team observed a safety stand down from flying and then welcomed the previous Thunderbird #4 Major Nick “Khan” Krajicek back to the team to fly as the replacement slot pilot. Now that they have been approved to return to performing, they will get back to their previously announced 2018 airshow schedule.