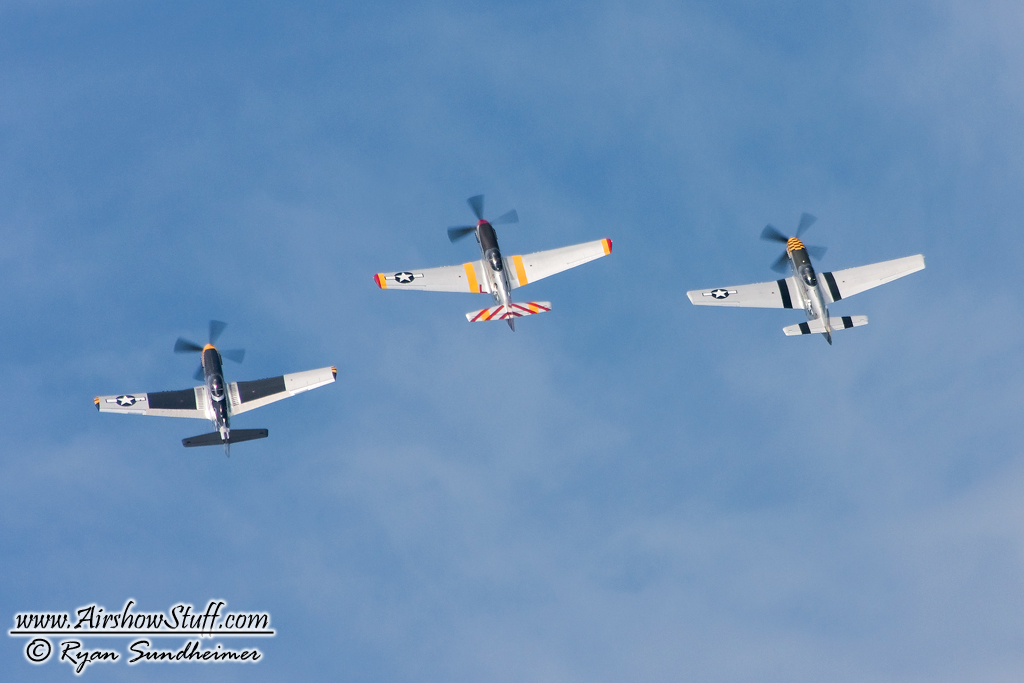 Exciting news for fans of the Horsemen Flight Team, and warbird enthusiasts in general! Last week, it was announced that the Horsemen would be returning for a four show season in 2017. Consisting of Lead pilot Steve Hinton, Left Wing pilot Ed Shipley, and Right Wing pilot Dan Friedkin, the Horsemen have been dazzling airshow fans since their inception in 1994. With a motto of “Escape Life’s Gravity”, the team’s formation flying will have you watching in awe as they loop, roll, climb, bank, and turn as one unit in legendary aircraft like the P-51 Mustang, P-38 Lightning, F8F Bearcat, and F-86 Sabre.

The team took the 2016 season off, but announced their return with an incredible video and website. You can see their 2017 airshow schedule below. Although they have been known to switch to different aircraft in the past, they say that they are planning to feature two P-51s and a P-38 in their routine this year.

Where will you see this exciting team perform this year? Let us know on our Facebook page and in our forums!